George Jackson was born on September 23, 1941 to a working class family in Chicago. His parents Georgia and Lester Jackson raised George and his younger brother Jonathan and sister Penny to be proud of their heritage but know the odds they faced as African Americans in a racist society. In 1956, he moved with his family to Los Angeles, where he spent part of his teenage years in California Youth Authority reform schools.

At 18 years old on September 18, 1960, Jackson was sentenced to 1 year to life in prison for robbing a gas station of $71. The sentence was an example of California’s policy of indeterminate sentencing, which gave the parole board, not the judge and jury, the authority to determine when someone was reformed enough to leave prison. 1 .This photograph depicts George and Jonathan the last time they saw each other before George was arrested. 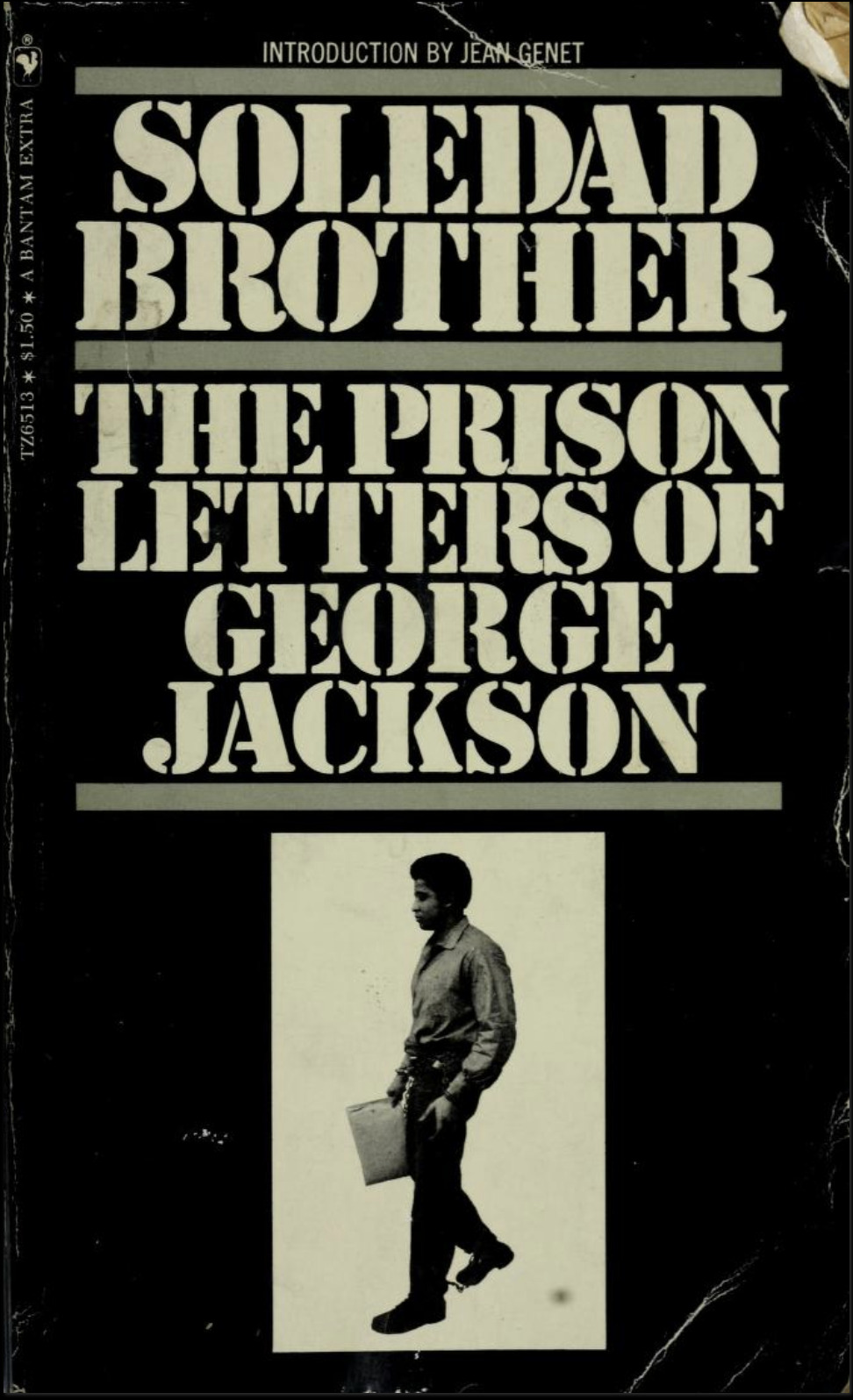 Between 1962 and 1970 Jackson was denied parole ten times and spent most of his incarceration  in torturous solitary confinement in Soledad’s notorious O Wing. In a letter to his lawyer, Fay Stender, George described the brutal conditions:

“It destroys the logical processes of the mind, a man's thoughts become completely disorganized. The noise, madness streaming from every throat, frustrated sounds from the bars, metallic sounds from the walls, the steel trays, the iron beds bolted to the wall, the hollow sounds from a cast-iron sink or toilet.” 2 .

The writings of incarcerated people in "Medical Conditions Treatment of Prisoners on O and X Wings Correctional Training Facility, Soledad California" from the Freedom Archives further reveal the extent of the daily torture and neglect Jackson's contemporaries experienced.