Jonathan Peter Jackson was consumed with grief and rage over the loss of his beloved older brother to prison, and joined many other teenagers in the struggle for freedom. On August 7th, armed to the teeth, the 17 year-old stormed the Marin County Courthouse during the trial of a San Quentin prisoner to demand the release of the Soledad Brothers. Dramatically pulling out his gun and announcing “All right, gentlemen, I’m taking over now” he distributed weapons to Black San Quentin prisoners James McClain, William A. Christmas, and Ruchell Magee. 1 . They took five hostages, including judge Harold Haley and District Attorney Gary Thomas. Tragically, guards and local police opened fire and shot Jackson and two of his incarcerated comrades alongside the judge. Only Ruchell Magee survived, after the intervention of a doctor at Marin County General Hospital, who refused to allow prison officials to move him from the hospital. 2 . 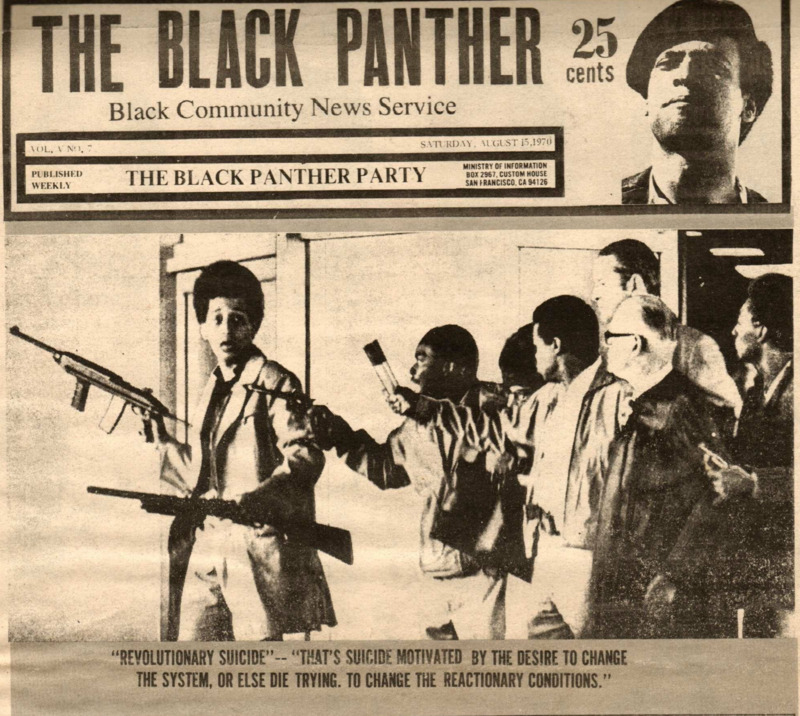 This August 15th 1971 cover of the Black Panther Party Newspaper displayed a well known photo of the incident, with Huey Newton’s famous declaration of revolutionary suicide. Courtesy of Freedom Archives 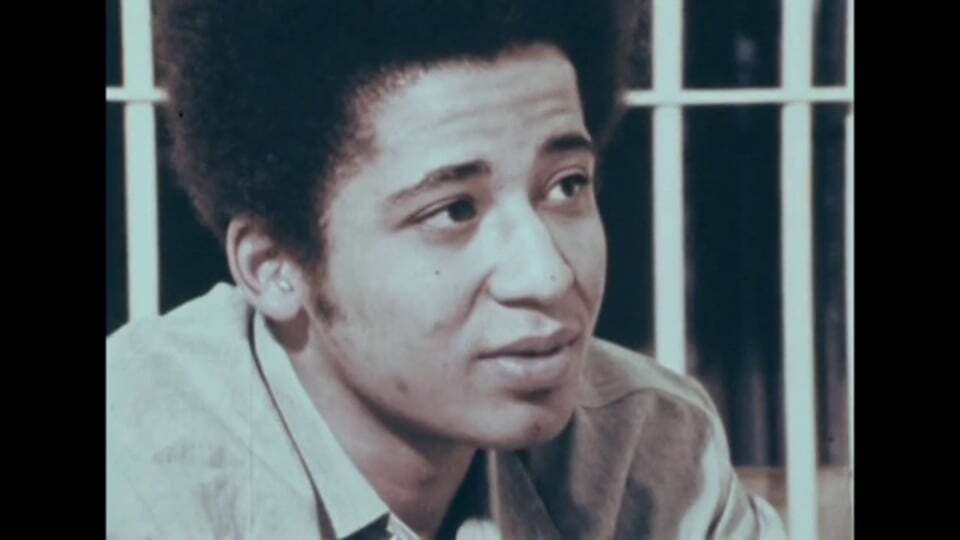 Georgia Jackson eloquently spoke of how Jonathan took action out of love for his brother and his people in this interview from a 1971 news report “work print” discovered by the Freedom Archives. The film also features interviews with George and with Angela Davis, who was incarcerated at the time in the Marin County Courthouse jail.  Courtesy of Freedom Archives

Although Davis was already entangled in the lives and struggles of the Jackson brothers, the courthouse incident intensified state repression against her, as she was accused of supplying Jonathan with the weapons that he used. A warrant was issued for her arrest on August 14th, and she was placed on the FBI’s Ten Most Wanted fugitive list four days later. Davis fled the state and went underground successfully for two months, resulting in the infamous FBI most wanted poster displayed here.

Davis was captured at a New York motel  on October 13th, and then held in the Marin County Jail for over a year and a half before she stood trial. She became both a symbol of solidarity with Black radical prisoners and an imprisoned revolutionary herself who was held in solitary confinement for over a year without bail while facing a potential death sentence. The “Free Angela Davis” movement crossed national borders, including revolutionaries in Europe and Latin America. 3 . Hundreds sent her letters, from famous author James Baldwin’s “An Open Letter to My Sister” to those written by comrades, academics, and even schoolchildren. This exhibit at the Schlesinger Library displays some of these tributes and Davis’ response to high school students.

← Studying to Struggle: Jackson as a Guerilla Intellectual
Prisoner Uprisings from San Quentin to Attica →
The Marin County Courthouse Incident